The wet weather cleared up just in time for Captain’s Weekend at Lilleshall Hall Golf Club to be a great success. Captain Will Schofield and Vice-Captain Alan Smith were on hand throughout the tournament welcoming contestants to the first tee and wishing them well for their medal round on Saturday 18th & the final play off starting at 3pm on Sunday 19th June.

As well as arranging a special fly-past by the Red Arrows on their way to the Cosford Air Show, Captain Will had ensured that the course was a real challenge following the recent rain by employing the maximum length possible on the majority of holes. However, many members rose to the challenge. Lilleshall Hall is the only club in Shropshire to run the Captain’s medal as a qualifying competition with the best 12 competitors taking part in a 9 hole play-off.

Mark O’Connor finally won the day over the other medal qualifiers with a combined nett score over 27 holes of 98 strokes.
In addition to the medal round, club members played a Junior competition, a mixed Greensomes, and a Men’s Foursomes over the weekend. 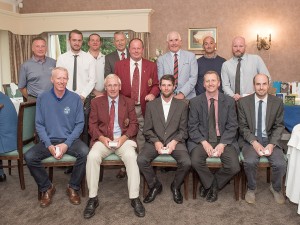 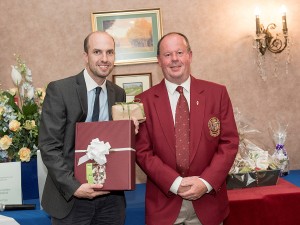 On Sunday 13th December we will be running a special Christmas competition. Details are still being finalised, but it is anticipated that it will involve a shotgun start at around 11.00am, with teams of 4 Read more...

Call down arrangements for the 12th hole

During 2015 we removed the requirement for players on the 12th green to call down players waiting on the 12th tee. This was to see if we could speed up play round this part of Read more...