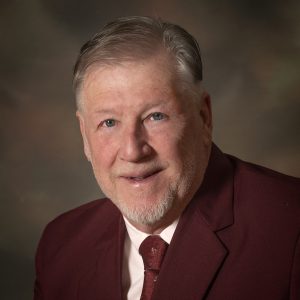 Roger is a “local lad” and proud of it – brought up in Old Park – Mum from Dark lane and Dad from St. George’s – Dad’s claim to fame was that he played for Stoke City in the same team as Stanley Mathews.

Leaving school at 16 Roger had a brief spell as a Civil Servant before joining the great “Lilleshall Company – Steel and Stockholding division”. In no time at all he was launching his own successful steel stockholding company “Mid West Supplies” where he spent the major part of his working life.

Art – family finances prevented Roger taking up an offer at Art school but he has painted over the years and has a “broad range of artistic interests” ! For further clarification speak to R.Bates.

Sport – Inevitably football but at the other end of the team sheet from his Dad – Centre forward [for anyone under 50 Striker] for GKN in the WM league – retiring at the ripe old age of 45.

After cutting his teeth at The Shropshire, where he served as Captain, he eventually saw the light and joined Lilleshall. Over a decade he has played in the Handicap league, the Ken Smith team and seen his Handicap increase. Not content with just playing and socialising Roger has made a significant contribution behind the scenes e.g. Compound mess facilities, Clubhouse refurbishment, Cabin improvements, Catering team, etc. He also wished to notify the Members that he has loaned the Club several masterpieces adorning walls in the Clubhouse.

He will be remembered as a FAIR, AVAILABLE and SOCIABLE Captain. He will attempt to return OUR GOLF CLUB back to NORMALITY as a result of Covid. HE will still have as “the loves of his life” two daughters, one son and partner Gill at the end of his year.